Ok, so remember I said New Orleans was one of my favorite cities?  Well, I think Las Vegas is my other favorite.  I’ve been twice, Cesar has been once.  We both love Vegas and are constantly talking about going back.  It’s such a fun city…there is something there for everyone (for real).

Cesar and I went in August.  I have also been there in July.  Both very hot.

Where We Stayed:
I stayed at The Venetian when I went.  It was great!  I think every room there is a suite.  We had a great view of the Strip. 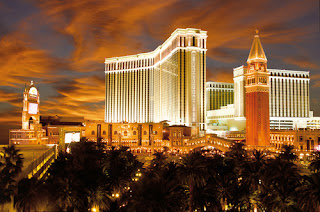 Photo from Yahoo! Travel
When Cesar and I went, we stayed at Imperial Palace for 3 nights to begin with.  It was very no-frills and definitely nothing special.  But it was clean, and that was all that we really cared about.  If you plan on spending a lot of time there though, without venturing outside the hotel too much, I don’t think I’d stay here because there’s really nothing to do except go to the casino (especially compared to most other hotels on the strip).  We didn’t think we would spend much time in our room and we were right- we went to the room to shower and to sleep for a couple hours, and that was about it.  Because…who goes to Vegas to sit in their hotel room?  Definitely not us! 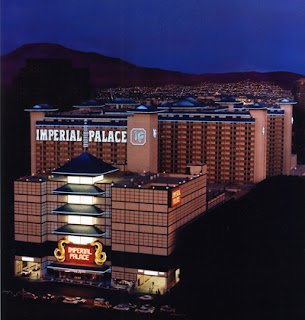 Photo from Yahoo! Travel
The next 3 nights, Cesar and I stayed at the Rio.  This hotel is amazing.  We only paid about $60 a night (including Friday and Saturday nights!) and stayed in a room that looked like this: 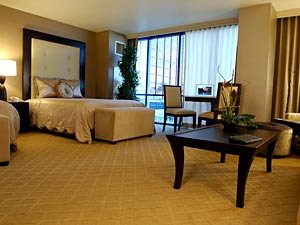 Photo from Rio Las Vegas
The Rio is an all suite hotel, which is really nice.  There are great places to eat and shop in the hotel, plus they have a huge casino.  The only bad thing I can say about this hotel is that it is not on the Strip, but that was not a problem to us at all because we had a car, and it is a super short drive to the Strip.
I would definitely stay at all three of these hotels again, and would definitely recommend all three of them!
Where We Ate: 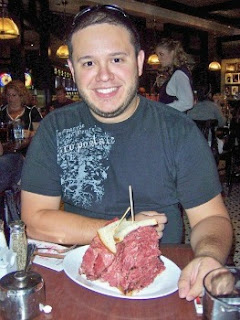 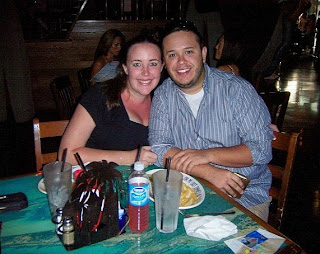 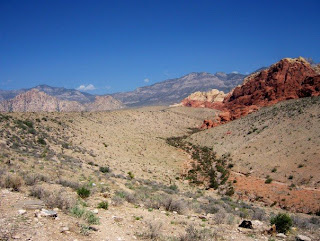 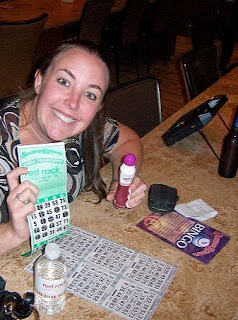 Playing bingo with a goofy smile 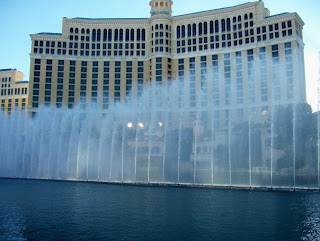 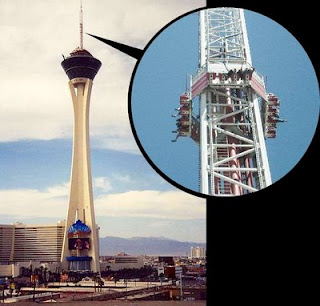 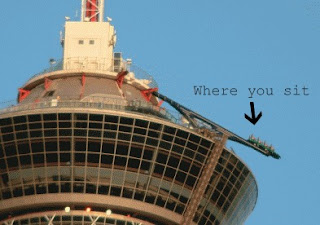 X-Scream- Photo from Have Fun In the Southwest 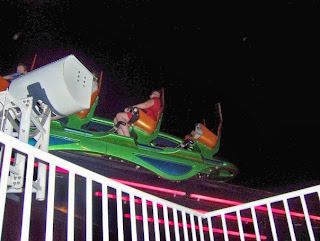 I’ve never been so scared in my life! 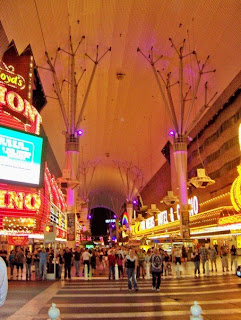 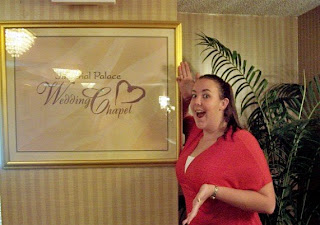 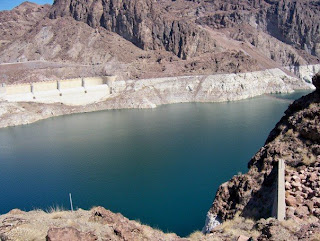 Hopefully we will be able to go back to Las Vegas sometime soon- either with or without Sophia (I would have no problem bringing a young child there!).  I’d love to know…what have we missed in Vegas- either somewhere to stay, somewhere to eat, or something to do?